FREE Nigerian Business Directory
✅ NEW - get your business listed and your information shared across social media.
Ad
Following the call for an emergency meetin of the Organisation of Petroleum Exporting Countries (OPEC), to discuss steps to possibly cut down oil production and prop up oil prices, Iran and another prominent OPEC member, opposed the call and claimed that the time is not yet right for such an intervention.

Minister of state for petroleum resources, Dr Ibe Kachikwu, made the call for an OPEC emergency while speaking at a panel session at the ongoing World Economic Forum at Davos, Switzerland, adding Nigeria’s voice to those of OPEC members, such as Venezuela, that are requesting an emergency meeting of the oil-producing nations to address the current oil crisis. 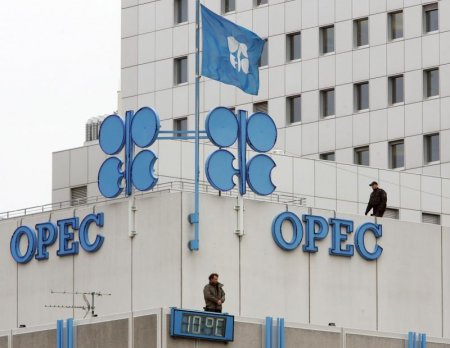 According to Leadership newspaper, Kachikwu stated that with the oil industry in its current state, the members of the OPEC, which produce about one-third of the world’s oil, needed to do something proactive soon.

He said, “There is a lot of energy around trying to meet earlier. Obviously, some of that is a panic reaction. Do we just sit back and watch? Or do we put more efforts in talking to countries, like Russia, to try to get some consensus of what we need to be doing?”

However, Iran disagreed with the premise of an emergency meeting as the country’s oil minister, Bijan Zanganeh, stated that the organisation currently has little intention of making a drastic change.

“There should be an intention to make a firm decision in such a meeting; otherwise, the meeting will have negative impacts on world oil markets. The important thing is that there must be an intention for change, but we have not yet received such a signal,” the oil minister said, according to Reuters.

As the global economy heads for what is potentially a very volatile year, analysts have said that OPEC, which requires a consensus from all its members before it initiates a change, has to make a decision very soon.

Following the crash of oil price from an average of $114 a barrel in 2014 to less than $30 a barrel presently, Nigeria’s economy, as well as those of many other oil-dependent countries, has had an economic depreciation. Nigeria’s budget is benchmarked at $38 per barrel of oil as the country needs oil price to rally to fund its budget.

Source: Leadership
You must log in or register to reply here.