FREE Nigerian Business Directory
✅ NEW - get your business listed and your information shared across social media.
Ad
The Imo State Government yesterday reacted to the claim by the Independent Corrupt Practices and other Related Offences Commission (ICPC) that it misapplied the bailout funds collected from the Federal Government for the payment of workers’ salary arrears.

The government said the bailout fund was judiciously applied for the purpose it was meant. 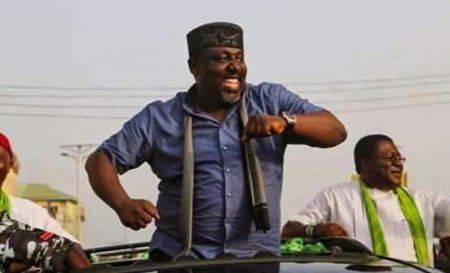 A statement by the Chief Press Secretary to Governor Rochas Okorocha, Mr. Sam Onwuemeodo, said: “The commission did not, however, disclose how it arrived at that conclusion but only stated that some transfers were made into certain accounts not related to salaries and emoluments including, ‘N2 billion paid into a Government Account; N2 billion paid into an Imo State Project Account and N2 billion transferred into a Microfinance Bank’.”

E
Metro EXCLUSIVE: ‘N700m for construction of hand of God’, ‘N680m for ministry of happiness office’ … details of Okorocha’s N20bn contracts - The Cable