The News Agency of Nigeria (NAN), reports that the legislators at the plenary session, also appointed Arowele Samuel from Owo l Constituency, as the Deputy Speaker. 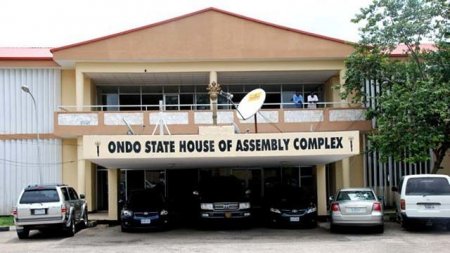 Others are Olamide George, representing Akure North Constituency as the Majority Leader and Mukaila Musa as the Minority Leader.

The officers are to be in office pending when election is held for the positions.

The Speaker resigned after he was accused of withdrawing N15 million from the Assembly’s account without the knowledge of the principal officers.