FREE Nigerian Business Directory
✅ NEW - get your business listed and your information shared across social media.
Ad
Patty Duke, the actress known for her Academy Award-winning role in the 1962 film “The Miracle Worker” and later “The Patty Duke Show,” has died, the Associated Press reported on Tuesday, citing her agent.

Duke, whose real name was Anna Pearce, passed away Tuesday morning from sepsis stemming from a ruptured intestine, a statement from her talent agency said, according to CNN. 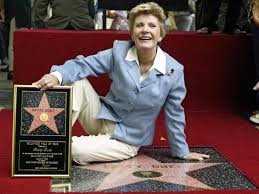 “She was a wife, a mother, a grandmother, a friend, a mental health advocate and a cultural icon,” the statement read. “She will be missed.”

May 3, 2016
kemi
K
A
Entertainment Chimamanda Adichie :15 Ways To Raise a Feminist Daughter