P-Square, known for its sometimes steady and at other times, pacy and energetic brand of music has ensured fans have their fingers crossed in anticipation of the group's sixth and latest album, 'Double Trouble,' which is expected to be officially released on September 12, 2014. 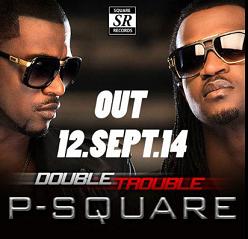