According to the news platform, the Buhari government may now rejig the cabinet, which could affect as many as 10 ministers and heads of some government agencies.

Recall that President Buhari hinted the Nigerian Senate of a likely cabinet shake-uo in December 2016 before his medical sojourn in the United Kingdom.

President Buhari returned to the country last Friday, after close to two months vacation in the United Kingdom where he also underwent medical treatment. He is expected to resume duties today. 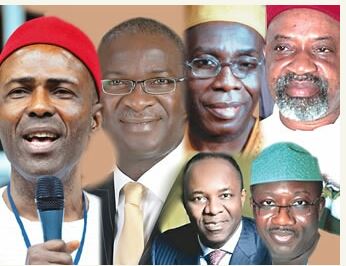 Sources revealed that since the plan for cabinet change filtered into town, ministers and top aides, afraid of losing their jobs, had been meeting those close to two governors in the North believed to be close to President Buhari, members of the president’s kitchen cabinet and close associates, for them to put in words for their retention.

It was gathered that the ministers have made phone calls, visited those they think could help them as well as sent emissaries.

Although the Presidency has not officially confirmed any planned cabinet change, sources revealed that some of the ministers and aides are not taking the speculations lightly and, therefore, making efforts, in order not to be caught unawares.

Politics I may retain some ministers — Buhari – Premium Times Nigeria