The Peoples Democratic Party National Caretaker Committee has taken a swipe at the President Muhammadu Buhari-led administration as it marks two years in office.

In a statement signed by the National Publicity Secretary, Prince Dayo Adeyeye, the party said the APC had in the past two years squandered the opportunity given it by Nigerians even as it accused the ruling party of crass ineptitude.

“May 29, 2017 marks another ‘Democracy Day’ and two years that our great Party, the Peoples Democratic Party (PDP) bequeathed democratic governance to the Current Administration of the All Progressive Congress (APC); which it has already squandered given its intolerance and highhandedness to any form of opposition, as well as crass ineptitude in governance.

We make bold to state that our deepest concern as a Party to grow democracy in Nigeria engendered the solid foundation we put in place and guaranteed the agreeable atmosphere that enabled oppositions to thrive and consequently won elections. Unfortunately, this same Party, the APC that benefited from free access to political space has left no stone unturned in suppressing the PDP and denying it to provide credible opposition in the Country. It is Ironic! '

“For the Record, Democracy Day in Nigeria is heralded by the PDP as a day set aside to celebrate the enforcement of the rights of citizens to freely elect their leaders through regular elections and the need to equally promote other democratic principles, as demonstrated through a peaceful change in political leadership of the Country after 16 years of uninterrupted governance by the PDP. Yes as a Nation, we may not have enjoyed total democracy but it is sad to note that the current somber atmosphere of the APC suggests bleak 2019 elections outing. God forbid! 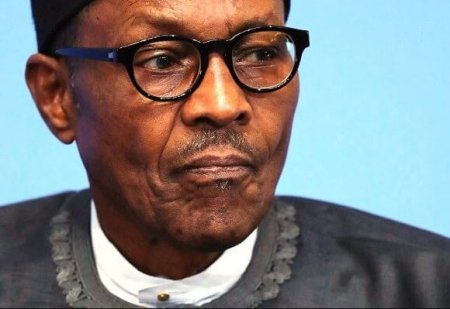 “As Nigerians mark the 2nd Anniversary (Mid-term, May 2015 to May 2017) of the APC in power, it is important to once again briefly remind us of the State of Affairs in the Nation as it has plunged the vast majority of the people into this 2 years of despondency, ambiguity, repressed and depressed condition and still ongoing. We would have simply wished Nigerians happy celebrations but there is nothing to celebrate from this APC Government which represents confusion in its entirety. A Government that formed its Cabinet within 6 months of assumption of office, jokes with the Country’s Annual Budget, led the Africa’s No. 1 Economy into depression, put in place an ambiguous Economic Plan after 2 years in power, and the list is endless,” the statement reads in part. Taking a cursory look at the stewardship of President Buhari so far, the PDP said the government has failed across some sectors of the economy.

The statement added: “Consequently, we consider it apt to recount some of the failures of this APC led Government of President Buhari in different sectors of the Nigeria’s Economy and our national life, such as:

Beginning with the issue of corruption in this discussion is critical in line with the APC/President Buhari’s ‘Change Agenda’ and ‘hype in corruption chase’ which has left sour taste given the dishonesty and charade that has characterized the actions of this government so far. For the record, ‘corruption’ is endemic in our system since the Military era and using it to weep citizens’ sentiments is absurd while playing ignorant of honest achievements made by PDP governments to combat this alarming menace. The question is what has the APC done to fight corruption? Nothing! Yes indeed nothing except noise, hounding, torturing, flouting of court orders and vilification of opposition leaders and members in and out of courts/incarcerations without proving anything; harassments, intimidation, indiscriminate arrests and detention of Judges in order to cow them to desecrate the Judiciary and deny the people justice; promote Gestapo State and by extension, kill democracy.

On the much celebrated anti-corruption fight of the APC therefore, it must be noted that it was previous PDP governments that created and sustained all the institutions for fighting corruption such as the EFCC and the ICPC. Under the PDP administrations most of those who were tried by these agencies were PDP members. The PDP never made any effort to shield PDP members from prosecution and investigation as is the case with the APC Government which has made it a policy to sweep all the dirt of its members under the Carpet. Instead of entrenching transparency and accountability in governance processes, the APC’s recent ‘Whistle Blowing Policy’ for instance, appears to be a mockery of the system given the reprehensible and comic actions so far under it by finding “orphaned monies” in all nooks and cranny of the Country by the EFCC.

Electoral process – Nigerians and the international community have lost confidence in INEC under the APC by not allowing it to perform its statutory functions without interference as an unbiased umpire but instead, functions as its department which was evident in the negative conduct of gubernatorial elections in Edo, Ondo and Bayelsa states and other subsequent elections where it demonstrated loss of integrity and independence. The Judiciary –We know that the public will agree with us that that the PDP left a stronger Judiciary which the APC is discrediting with impunity as it flouts court orders at will.

(B) THE ECONOMY Investment

Record show that Nigeria became the favoured investors’ destination in Africa with the highest investment of $8.4 billion USD; and it attracted $20 billion USD worth of foreign investments in 3 years. But two years into the APC’s governance, as a result of incompetence and President Buhari’s de-marketing of Nigeria while globetrotting; investors (both local & foreign) have withdrawn their monies from the System thereby creating economic inactivity and consequent depression that we are being faced with alarming rate of suicide. No doubt, economic activities and an enabling environment is the basic response to recession but experience and requisite skills are alien to the APC in this regard. Petrol Subsidy Removal – It is on record that the APC wailed against subsidy removal and due to PDP’s Government sensitivity to the people, Petrol Pump Price was then reduced to N87 which the APC under few months of assumption of office jacked to N145. It is high time Nigerians demanded for the proceeds of this insensitive action with no palliative measures. Let us again remind the APC that the US Dollar under the PDP Government was 190 Naira to 1 US Dollar but today, the difference is there for everyone to see. The 18,000 Naira minimum wage could buy 2 bags of rice then with a balance in the PDP led government but today, price of food items and other commodities increased by more than 100% with static income; and instead of $1 to equal N1 as promised, it’s changing for almost N400. Every other promise made is equally not fulfilled. For instance, the retail price of cement was N1,750 before but in the two years of APC led administration, it equally skyrocketed to N2,700. Nigerians have never been this hungry in their entire lives as seen in the last two years except during the Civil War. The Federal Government under the PDP created 500,000 jobs per annum for our teeming unemployed youths. Since the APC led administration took over, more than 4.5 million people have lost their jobs instead.

The security situation in the country today has worsened with the rampaging herdsmen’s attacks killing innocent and harmless people unabated and sacking communities. The scourge of herdsmen attack across the country under the APC is more than the activities of Boko Haram in the North East. The efforts of the PDP in fighting Boko Haram activities still speaks volume of its sensitivity towards preservation of citizens’ lives and properties; and if the APC had maintained the success achieved during the 2015 elections in the North-East region, the deadly group wouldn’t have regrouped. It is also on record that it was the same weapons bought by previous PDP administration that the present government is still using to prosecute the war on insurgency in the Northeast. Against this backdrop and more, it’s obvious therefore that there is nothing to celebrate as we mark Democracy Day on the 29th of May, 2017 given that we are counting loses of previous achievements recorded and none to show case by this APC led Administration in the last two years. For instance, the PDP handed over to the APC, a Nigeria that is the Africa No. 1 Economy with GDP of $546.70 billion USD and a single digit Inflation Rate of 8.5% but sadly, our GDP under the APC contracted by 0.52% with double digit Inflation Rate of 14.75%. Nigeria’s debt burden has also increased to $57.39 Billion as at February 2017 according to the Debt Management Office (DMO). The APC led government with this suffocating debt burden is still borrowing and plunging the country and citizens unborn into more indebtedness. Finally, the PDP led by Senator Ahmed Makarfi, CON on behalf of the entire Organs and PDP family and supporters nationwide, wish Nigerians Happy Democracy Day and call on all the citizens to continue praying for the full restoration of President Buhari’s health and his safe return to the country.

We also urge the Acting President, Professor Yemi Osinbajo to assent to the 2017 National Budget as a matter of urgency and see to its successful implementation in order to reduce the sufferings of the people.”
D

Actually the APC led government has failed in many aspects

Nigeria as a country is structured to fail whether PDP or APC, Biafra is the only way out of this failed state called Niajia.
A

APC all promises canceled. What else do you expect from them? My only fear is that Nigerians will foolishly allow them to rigg elections in 2019, other wise!!! What have they done

Jun 3, 2021
Kayode Israel
K
K
Politics ”It is absolutely clear to me that the perception that we had in the pastÂ is clearly wrong”- FFK speaks about President Buhari and the APC after.....