South Africa’s National Police Commissioner, Riah Phiyega, has raised an alarm over what he called ``increased rate of murder in South Africa’’, saying the rate increased by five per cent from 2013 to 2014.

He made the disclosure on Friday in Johannesburg at a news conference, adding that there was an average of more than 46 murders per day between 2013 and 2014.

Phiyega said the latest data available indicated that attempted murder cases rose by 4.6 per cent, while robbery with aggravated circumstances went up 12.7 per cent.

However, Police Minister, Nkosinathi Nhleko, insisted that in spite of the high rate of murder, the numbers were signs of a long-term improvement in South Africa's crime rate.

He said ``even though we have had these increases in the 2013/14 year under review, the trend overall is on the decline.

``According to the new statistics, rape cases in South Africa decreased by 6.3 per cent in the observed period,’’ he added.

Nhleko attributed the decline to ``increased consciousness" in society through government campaigns and increased awareness of gender violence.

``A number of factors contribute to historically high levels of crime in South Africa, including the normalisation of violence during apartheid era, the breakdown of family structures and a huge economic gap between the rich and the poor,’’ he said. 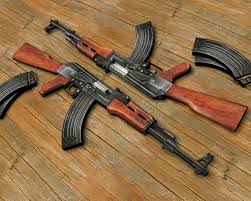