Abba, in his maiden meeting with Commissioners of Police in the 36 states and other senior officers in Abuja on Wednesday, said the force would collaborate with other security agencies to achieve the goal.

"During screening of candidates, we will collaborate with our colleagues, particularly the Department of State Services to ensure that candidates with criminal records are not allowed to contest the election," he said.

Fielding questions from newsmen before the meeting went into a closed door session, Abba said the force was poised to provide adequate security for the elections.

"We have made adequate arrangements to make sure that the police provide sufficient security for all the activities leading to the election and election.

"These activities have started and they include the registration of voters, primaries, conventions and the campaigns by all the political parties and candidates.

"In all these activities, the police will ensure that adequate security is provided for those involved, including the INEC and party officials," he said.

On the role of the police in the ongoing counter-terrorism, he said the force had not been relegated to the background but playing its role.

"The police who are in-charge of internal security cannot be relegated to the background though the military is present in all the states of the federation.

"They are performing their responsibility in support of the civil authority, the police.

Abba said that one of 20 personnel said to be still missing in the attack on Police College in Gwoza, resurfaced on Monday and gave an assurance that others would soon be located. 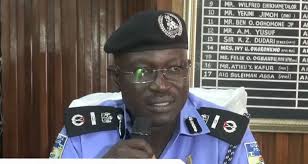