Curators
FREE Nigerian Business Directory
✅ NEW - get your business listed and your information shared across social media.
Ad
The 11 Electricity Distribution Companies (Discos) have continued to ration power supply to consumers across the geo-political zones of the country as the national grid generation drops to 3,494Mega Watts (MW). 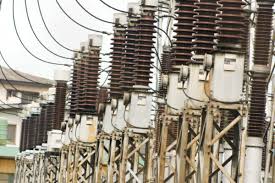 The Guardian investigations yesterday revealed that the nation’s power sector appears to be lacking proper harmonisation of data as various government agencies, including the Federal Ministry of Power, Nigerian Electricity Regulatory Commission (NERC) and the Transmission Company of Nigeria (TCN) failed to update the power generation level while some are parading conflicting figures on their websites.

Before the dissolution of the Presidential Task Force on Power (PTPF), the agency had been the only platform that parades accurate information on the national generation levels. The Electricity System Operator, an arm of TCN has also barred the public from the more reliable website that updates power generation (www.nsong.org).

Statistics from the Federal Ministry of Power showed that the national grid could only boast of about 3,144MW as at April 22, while the TCN announced 3,500MW same day.

As at April 23, the TCN data showed that generation has dropped further to 3,494MW from the highest peak generation of 5074MW recorded on February, 2, 2016.

The generation statistics showed that the output has started dropping from 3.928MW on April 21, to 3639MW and 3494MW accordingly.

The situation, according to The Guardian source, may not be unconnected with shortage in gas supply, poor water management and transmission challenges
You must log in or register to reply here.