Curators
FREE Nigerian Business Directory
✅ NEW - get your business listed and your information shared across social media.
Ad
The House of Representatives Committee on Privatisation, yesterday, stopped the proposed sale of the Port-Hacourt, Kaduna and Warri refineries by Nigerian National Petroleum Corporation, NNPC. 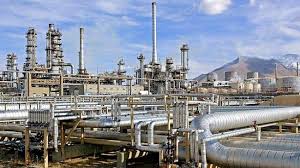 The committee made the pronouncement after engaging officials of the NNPC and the Bureau of Public Enterprises, BPE, on the exercise and declared that NNPC violated the provisions of BPE Act Section 11 of 2009.

During the interactive session, members of the committee accused the NNPC of acting unilaterally by going ahead with the exercise without involving other stakeholders as contained in the Act.

In his explanation before the house, Group Executive Director of the NNPC in charge of refineries, Mr Anibor Kragba denied that the corporation was out to privatise the refineries.

According to him, the NNPC is only sourcing for core investors to invest in the refineries, since their rehabilitation was capital intensive.

He however did not give satisfactory explanation on the authority of NNPC to embark on such an exercise without the knowledge of the National Assembly and the BPE.

Kragba, however, said he needed to clarify the information, stressing that he was just appointed. This did not go down well with the lawmakers, who challenged him on his earlier claim that he was competent to handle the matter to their satisfaction.

Chairman of the committee, Yerima, ruled that the NNPC should stop the exercise immediately for gross violation of the BPE Act.
You must log in or register to reply here.

Politics Buhari: It’s Disgraceful, None of Our Refineries is Working Optimally – Thisdaylive