FREE Nigerian Business Directory
✅ NEW - get your business listed and your information shared across social media.
Ad
Boko Haram leader Abubakar Shekau has released a new video clip, refuting reports of the Nigerian army that he is mortally wounded.

In the video titled: Sermon to the lying disbelievers of Nigeria, two men with covered faces sat beside Shekau against a camouflage backdrop which as had a banner with an Arabic inscription. 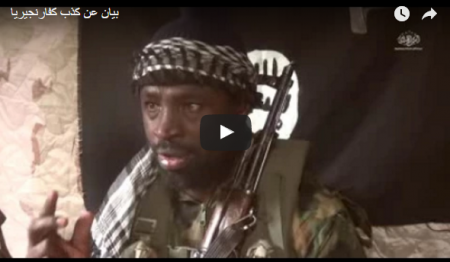 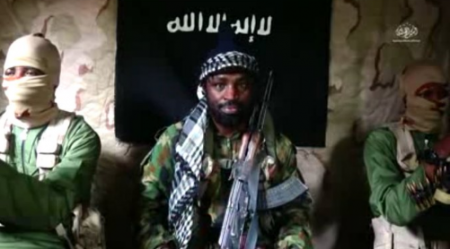 “As I speak, today is Thursday 7th Sha’aban (May 4th) around Zuhr prayer. You claimed your jets struck at our gathering while we were praying, killed some of us and injured me near Damboa. I don’t even know the town you mentioned.

"Gather all the photojournalists, the camera men and pressmen you have, let them assess this video to determine if I was wounded.

"But we are not worried. We are making this video to dispel your propaganda. Deceitful people end in shame.

"Earlier you claimed I was in Sambisa, now you said I was near Damboa road. You will never know my location. Allah kept out of sight because I believe in him and doing his biddings.

"Be patient, once my time on earth ends, I will die. Nothing will happen to me.

"To Buhari, Buratai and lawmakers you are shouldering a burden beyond your capacity. Your imagination (on our capacity) is more incredible than the tale of a hawk that lifts an elephant.

"So I’m alive. But if God wills that you will kill me, it is not surprising because many prophets of Allah were killed by infidels. I will be happy to die in the cause of Allah.