Worried by the alleged threat messages from a certain Austin; a blogger who is believed to write for a gossip website, 'Nigeriafilms.com,' former Delta soap model and Imo State Governor, Rochas Okorocha’s Principal Protocol Officer, Shirley Igwe has expressed worries over the said blogger's alleged insistence to blackmail her.

According to Igwe, it all began when the blogger allegedly requested for an interview and she had explained that she was too busy at the time to grant the interview.

She explained that the blogger allegedly resorted to blackmail and threatened to bring her down. "Just days ago he reached me on Twitter and threatened to do a negative story on me. His exact words were: 'Now, you won’t answer me but when I do a negative story on you, you will know how far”, said Shirley who was utterly disgusted by the development.

“He didn’t do it just once, he repeated it many times and has been repeating it consistently now. I don’t know what negative story he can do on me but I am well aware how far these kind of bloggers can go to fabricate stories. I have been hearing about it and now somebody is trying to make me a victim”, she said. 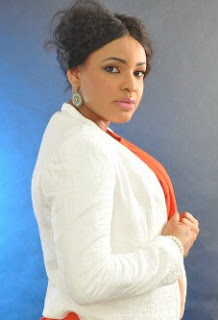