Moon, of the Democratic Party, had 41.4 percent support, according to the joint survey by three television stations. 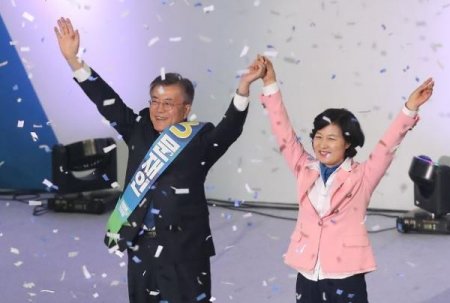 Conservative Hong Joon-Pyo was far behind on 23.3 percent, with centrist Ahn Cheol-Soo third on 21.8.