Curators
Stan Wawrinka became the oldest US Open men's champion in 46 years when he defeated world number one Novak Djokovic to claim a third Grand Slam title on Sunday. 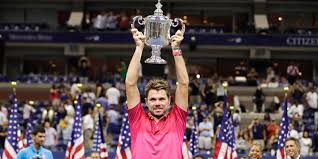 He even held his nerve when the final threatened to erupt into controversy after Djokovic twice called medical timeouts in the fourth set.

Wawrinka is the oldest winner of the men's tournament since 35-year-old Ken Rosewall in 1970 and the first over 30 to take the title since Pete Sampras in 2002.

Sports Djokovic crashes out of US Open, booed by crowd – P.M. News