#Vanguard reports:
The synergy between Team Buhari and the Tinubu camp was formally brought to public light last Wednesday when many of Tinubu’s political associates, including his wife, Senator Oluremi Tinubu got prominent presence at Buhari’s public declaration for the presidency in Abuja. 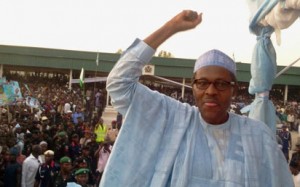 E
Politics 2023 Presidency: Tinubu on his own, no MoU with Buhari - PM News