Politics What I Discussed With President Buhari – AGF Malami

Durable luxurious Sideboard in Maple Wood - ₦150k (made to order)
Maple Wood with 3 drawers and 2 doors
Ad
President Muhammadu Buhari has expressed his annoyance as a result of the delay tactics by the National Assembly to stall the passage of the anti-graft law. 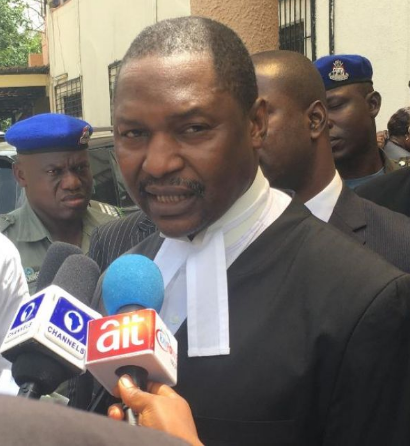 Attorney General and Minister of Justice, Alhaji Abubakar Malami, disclosed this on Tuesday.

Malami revealed this when he briefed State House correspondents on the outcome of a closed door meeting with President Buhari in the Presidential Villa, Abuja.

He said Buhari is worried that the lawmakers have kept the passage of the anti-graft law, also known as the Proceed of Crime Act pending.

Malami said: “It’s a routine briefing of the president as it relates to general issues – the issues that have to do with anti-corruption.

“Mr. President is worried about the anti-corruption bills that are pending before the National Assembly overtime.

“There has not been any expeditious determination on the passage of the bills and indeed, the asset management agency was also part of the discussion.

“Mr President is worried that the assets that have been gathered over time by the agencies of government are scattered all over the place.

“Embedded in the Proceeds of Crime Bill is Asset Management Agency which is the agency put in place by the presidency for the purpose of the management of the associated assets that are recovered.

“Mr. President is indeed worried and the discussions bothered on how best we can handle it. There are limited issues that relate to the parastatals under the Ministry of Justice”.

He also disclosed that he briefed the President on the report of the Electoral Reform Committee as well as other pending bills that were presented for the consideration of the Federal Executive Council as they relate to amendment to the electoral process.

He said the essence of the meeting was to seek the view of the President and “the direction as to what to do next as it relates to the Electoral Reform Committee report that has been submitted and to consider routine processes under the Ministry of Justice”.
You must log in or register to reply here.