For Sale - One Bedroom Executive Flat - Lagos (NGN37m)
✅ NEW - car park, swimming pool, 24 hours light/security and more.
Ad
President Goodluck Jonathan at the closed door meeting at the Presidential villa in Abuja on Sunday night reportedly discussed the presidential ambition of a former Head of State, Gen. Muhammadu Buhari (retd.) on the platform of the All Progressives Congress, PUNCH reports.

Jonathan also warned the Peoples Democratic Party governors against backing unpopular candidates as their successors in their respective states.

A source at the meeting said, “The President said he was not against us (governors) picking our candidates, but that we should make sure we have a popular person without blemish. He said such a candidate must also be acceptable to the generality of the members of the party in our states and that the candidates must be able to win the election.

The source said that the meeting also discussed the desire of some of the governors to vie for senatorial seats on the platform of the party.

The issue of senatorial seats involving the governors and sitting senators is also causing confusion in some states as senators who the governors are angling to replace are said to be demanding that they should be made to also replace their state governors in 2015.

“If the governors want to take our position, they should also allow us to take their positions as governors,” one of the aggrieved senators was said to have complained to the President.

While saying that no concrete agreement was reached on this, he said the meeting agreed that there would be another round of discussions, which he said would involve the national leadership of the party.

Earlier, some state governors who spoke with State House correspondents at the end of the meeting had confirmed that the President summoned the parley to enable them to further strategise ahead of the 2015 elections.

Governor Theodore Orji of Abia State said "We discussed our party and the primaries that will soon come. We looked at how to fortify our party to avoid rancour or infighting to enable us to do very well both in the primaries and general elections in 2015.”

He said the issue of the alleged rancour between state governors and members of the party’s National Working Committee over endorsements of candidates was not discussed at the meeting.

He however assured all stakeholders that the party’s primaries would be free and fair. 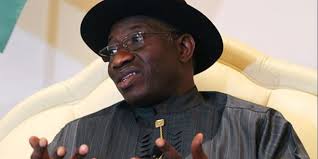 Politics What we discussed at the security meeting with Buhari – NSA opens up – Legit.ng