Metro WHO Releases Statement Over Wild Polio Virus in Borno

For Sale - One Bedroom Executive Flat - Lagos (NGN37m)
✅ NEW - car park, swimming pool, 24 hours light/security and more.
Ad
After more than two years without wild poliovirus in Nigeria, the federal government confirmed yesterday that 2 children have been paralyzed by the disease in the northern Borno state.

As an immediate priority, the Government of Nigeria is collaborating with the World Health Organization and other partners of the Global Polio Eradication Initiative to respond urgently and prevent more children from being paralyzed.

The world health agency said steps include conducting large-scale immunization campaigns and strengthening surveillance systems that help catch the virus early. These activities are also being strengthened in neighboring countries.

“We are deeply saddened by the news that 2 Nigerian children have been paralyzed by polio. The Government has made significant strides to stop this paralyzing disease in recent years. The overriding priority now is to rapidly immunize all children around the affected area and ensure that no other children succumb to this terrible disease”, said Dr Matshidiso Moeti, WHO Regional Director for Africa. 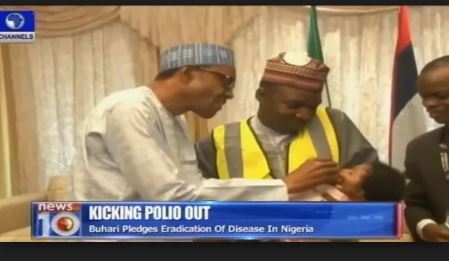 “Genetic sequencing of the viruses suggests that the new cases are most closely linked to a wild poliovirus strain last detected in Borno in 2011. Low-level transmission of the poliovirus is not unexpected, particularly in areas where it is difficult to reach children with the vaccine. Subnational surveillance gaps persist in some areas of Borno, as well as in areas of neighbouring countries.

“We are confident that with a swift response and strong collaboration with the Nigerian Government, we can soon rid the country of polio once and for all. This is an important reminder that the world cannot afford to be complacent as we are on the brink of polio eradication – we will only be done when the entire world has been certified polio-free,” said Dr. Michel Zaffran, Director of polio eradication at WHO Headquarters.

As recently as 2012, Nigeria accounted for more than half of all polio cases worldwide, but the country has made significant strides, recently marking 2 years without a case on 24 July 2016.

M
Metro Polio: Over 100,000 children yet to be immunised in Northeastern Nigeria – Premium Times News