For Sale - One Bedroom Executive Flat - Lagos (NGN37m)
✅ NEW - car park, swimming pool, 24 hours light/security and more.
Ad
On a recent visit to a foreign capital, our reporter discovers that Nigerian men are having a rough time with their Nigerian spouses.

Simon (not real name) left Nigeria in search of greener pastures in the 1990s. He was lucky as he got work which allowed him to study, and after he obtained a master’s degree and got a better job, he headed to Nigeria to marry the love of his life. He came to his hometown and got married to Nwanyi, a timid girl in her 20s, who had just completed her diploma course in one of the nation’s polytechnics.

The arrival of Nwanyi in Sweden was a turning point in Simon’s life, as he was able to quickly arrange for her to start schooling, while he was working round the clock to give his new wife a special treat. A few years later, Nwanyi had given birth to three children, acquired a degree and started a job that engaged her in the morning when the children were in school. As a result of schooling and interaction with other friends, Nwanyi came to the realisation that she was being denied her fundamental rights as a woman, and so she could no longer take nonsense from her husband. 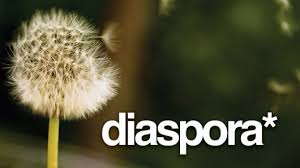