In a statement issued by Sagir Musa, army spokesman, on Friday, Buratai also reminded the troops that they have done it before, and that “they will do it again without any foreign troops around”.

According to the statement, Buratai said this in letter to congratulate the theatre commander, sector commanders, super camps commanders, commanding officers, as well as the officers and soldiers serving in Operation Lafiya Dole for their gallantry. 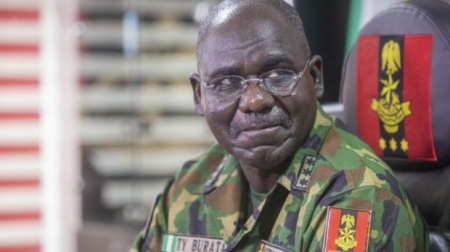