Curators
FREE Nigerian Business Directory
✅ NEW - get your business listed and your information shared across social media.
Ad
The police have denied carting away the 2017 proposed appropriation bill during their raid on Senator Danjuma Goje’s residence in Maitama, Abuja last week. 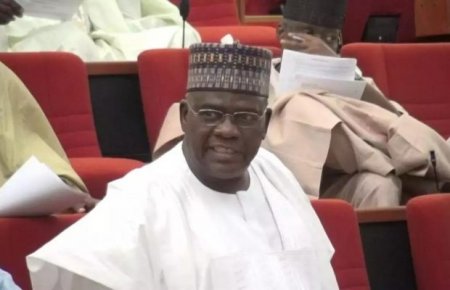 The Force stated that it recovered 38 files and six envelopes containing documents and write-ups on “how former Kano State governor, Ibrahim Shekarau plotted the assassination of Sheikh Jafaru.”

The police in a statement on Thursday by the Force Public Relations Officer, Jimoh Moshood, added that N18.056 million, $19,850 and SR9, 400 (Saudi Riyals), a laptop were also recovered during the search.

He stated that detectives also recovered files on funds spent on security administration and information gathering– a-g, 2009; file on release of funds for Special operations a- f, 2009; file on Gombe State government cash inflow 2005; file on Project 2007 – Executive Briefs on how to fight opposition in Gombe State – Strategies and Tactics.

“The Nigeria Police Force wishes to state categorically that there was no single document relating to 2017 budget sighted or removed by the Police team that executed the search warrant. There is video recording of the execution of the search warrant,” the statement said.

The Force disclosed that the search warrant from a court of competent jurisdiction was executed at the former Gombe governor’s residence following intelligence report that stolen funds and other incriminating items were about to be moved out of the house.

As a way of solidarity, the Senate now put the 2017 National budget on hold bcos a senator is above the law.