For Sale - One Bedroom Executive Flat - Lagos (NGN37m)
✅ NEW - car park, swimming pool, 24 hours light/security and more.
Ad
Ladi Moses, a 27-year-old lady, who was bath with acid by a young man suspected to be her male friend has died from the attack.

Vanguard gathered from an eyewitness that the deceased was attacked a few days ago by a young man, popularly called Baba, at the old Nigeria Prison Service Yard, Wadata area of Makurdi town, where she lived with her parents. 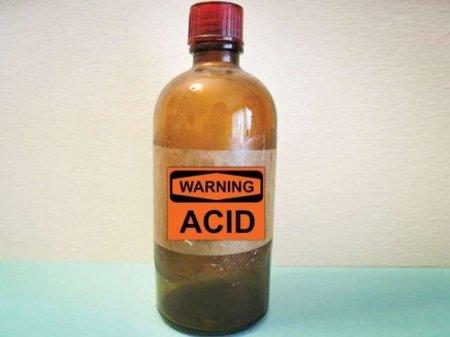 The witness said: “We heard that her supposed boyfriend, popularly known as Baba, called her out of the house, saying he had something to discuss with her.

“When the lady approached him, Baba removed a bottle, containing substance suspected to be acid, from his pocket and poured it on the lady, who screamed and fell.

“As neighbours trooped out to see what was happening, Baba fled. The vigilante group in the area mounted a search for him. He was eventually caught at one of the motor parks in town, when he was about boarding a taxi out of Makurdi.

“He was subsequently handed over to the police at ‘A’ Division, Wadata, where he is being detained for interrogation.”

When contacted, the Police Public Relations Officer, Matthew Oku, who confirmed the attack, said the command was yet to receive situation reports from medical doctors treating the deceased.