7 Ways You Can Identify a Ponzi Scheme

A Ponzi scheme by definition is a version of a fraud that rewards early investors with massive returns from the cash invested by newer investors. Ponzi schemes typically do not have an underlying asset or enterprise upon which the investment is built; rather cash payout is sustained from the investment of investors who come in later. 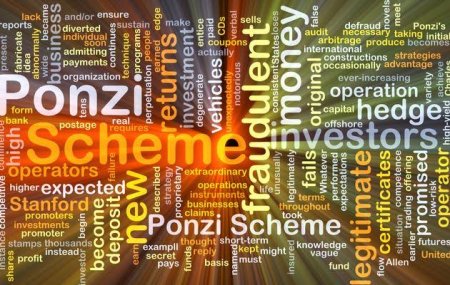 Below are tips on how you can determine if a scheme is a Ponzi scheme or not.

1. The returns are astronomic

2. Returns are consistently high and steady

It’s almost impossible to see a business that promises to guarantee the same return, come rain or sunshine. When someone tells you he will pay you 20 or 30 per cent return monthly consistently and doesn’t break that promise, that should start to give you a cause for concern. It’s a bit ironic as no one expects not to be paid a return when they invest. But there are ups and downs in every business such that even if they do not post losses, the returns cannot continue to remain stable. If you do not see a bit of fluctuations, then you should start to ask questions. Investment schemes often invest their money in businesses or financial products which are often to the risks of an economic downturn, exchange rate fluctuation, inflation etc. Anyone who promises to guarantee a steady payment of excessively high returns could be operating a Ponzi without you knowing.

3. No underlying asset or business

Ponzi schemes by nature do not have any underlying asset that the money is invested in. If you ask them what they use the money for, most early investors will usually sing discordant tunes. They speculate and can’t point specifically to what the money is used for. The reason for this, of course, is that there is hardly any business that pays as much as 20 per cent in monthly returns and so when they mention the business, you can easily deduce if it’s real or not. Ponzi creators know this is a problem and often come up with very grandiose business models that are often difficult to explain clearly.

4. They are not recognised by regulators

Ponzi schemes are also not recognised by regulators. Unlike most investment schemes such as mutual funds, pension funds, ETFs etc. which are all recognised and regulated by the security and exchange commission, Ponzi schemes do not have such oversight. As such, investors do not have any form of recourse exposing them to the risk of losing their entire investment when the Ponzi collapses. When Ponzi schemes collapse, the bank balances are frozen completely.

5. It relies on new members to sustain the scheme

As mentioned above, Ponzi schemes rely a lot on new members to sustain the model. That is the only way they can guarantee the consistent returns we mentioned above. The higher the rate of growth of new members, the higher the likelihood of the Ponzi collapsing. Agreed, there are other business models out there that rely on new investors to grow but they are tightly regulated and the funds are tied to specific investments. Cooperatives for example are a bit like that which is why they are recognised by law and managed by a recognised governing board. Ponzis bear no such hallmarks.

6. It is often impossible to determine the asset value

Mutual Funds, Pension Funds, ETF and even cooperatives all have an asset value which is known to contributors. You should be wary when you are approached to invest in a scheme and the perpetrators cannot show you the asset value of the scheme.

7. It relies on people’s greed and thirst for quick money

Whenever you see a business that attracts all and sundry, it typically has greed as the common thread. Everyone is in it out of their own volition because of the greed of earning astronomical returns over a short period of time. Ponzi schemes attract all types of investors. From novices to savvy investors, rich and poor, everyone is looking to cash in.

8. Owners and creators of the scheme hardly advertise

They rely on word of mouth to spread the “good news.” Word of mouth is perhaps the most common selling points for Ponzi. They hardly advertise because, like we opined, they cannot clearly explain what they are doing with their money. Most investment schemes such as mutual funds or pension funds, often advertise on TV, radio or in the pages of the newspaper and will also offer a prospectus detailing what they intend to invest your money in and what sort of returns to expect. They also clearly spell out the risk involved and the recourse in case the business goes bad. Ponzi has no such structure; so they rely on word of mouth and high returns to draw innocent investors in.
--
So, if you see a business that bears these hallmarks, try to apply an extra duty of care and caution before investing your money.
--