The Minister of Transport, Mr Idris Umar, said this while briefing State House correspondents after the weekly Federal Executive Council (FEC) meeting presided over by President Goodluck Jonathan at the Presidential Villa, Abuja.

Umar said that the contract was awarded to CNR Darling Locomotives and Rolling Stock Company Limited and CCECC Nigeria Ltd. with a delivery period of 10 months.

``The two locomotives are to be used for mass transit services on the Abuja-Kaduna standard gauge rail line, which is expected to be completed by the end of this year.

``The scope of work includes the design and manufacturing of two number diesel electric locomotives with a capacity of 2,800 kilowatts for standard gauge tracks;

``Training of 30 personnel of the Nigerian Railway Corporation on operation and maintenance of the locomotives.

``Commissioning and test running in Nigeria, as well as one year maintenance and technical support with two resident technicians.

``As you are fully aware, government is committed to the revival of the Nigerian Railway Corporation, and as I speak to you today, we are working assiduously to see to the completion of the Abuja-Kaduna standard gauge line.

``This is the first batch of the rolling stock that we are acquiring, specifically the locomotives, to be used for the transportation of passengers and indeed freight from Abuja to Kaduna and vice versa.``

The minister said that the Federal Government would place orders for more locomotives in 2015 as part of efforts to modernise the country’s rail transport system.

He said that the government was also working hard to complete the ongoing rehabilitation of the narrow gauge line in order to have a complementary rail transport service in the country.

According to him, the overall objective is to eventually dedicate the standard gauge line to the transportation of goods. 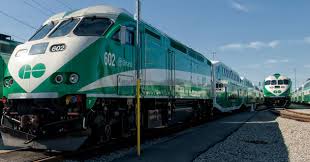