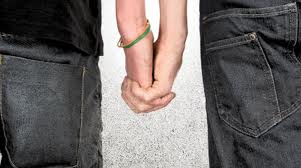 Two men, John Michael and Ayemu Israel, were on Wednesday arraigned in a Chief Magistrates' Court in Karu, Abuja, for committing unnatural offences.

The accused persons, who reside in Iddo Sarki, Abuja, are facing a one-count charge of committing unnatural offences.

The prosecutor, Insp Andrew Aichenede, told the court that the matter was reported at the Karu Police Station by Ayemu Israel on Aug. 10, 2014.

Aichenede said that John Micheal, 29, a male, disguised himself as a lady, dressed up in female wears and pretended to be Mary Yusuf, when the second accused person picked him up on the road.

He said that Israel also pretended to be Kelvin and criminally agreed with Michael and moved into his (Israel's) living room together.

‘’They both started having carnal knowledge of each other against the order of nature, until Aug. 6.

‘’They lived together for three weeks until the misunderstanding that came up in August," Aichenede said.

The prosecutor said that the misunderstanding resulted into a fight and Israel sustained injuries on his genital organ from Michael's bite.

He said the offence contravened Section 284 of the Penal Code, and that if found guilty, the accused persons would be liable to 14 years in prison.

Meanwhile, the two accused persons pleaded not guilty to the charge against them.

Defence counsel to the second accused person, Mr Sylvanus Maliki, in his bail application, prayed the court to presume the accused persons innocent until proven otherwise.

He said that the accused persons had been in prison custody since Aug. 8.

The Chief Magistrate, Mrs. Hadiza Shagari, granted bail to the accused persons in the sum of N100, 000 with two sureties each in like sum.

Shagari ordered that one of the sureties must be a civil servant in any of the ministries or parastatals and with fixed addresses.

She adjourned the case to Nov 10 for hearing.