Curators
FREE Nigerian Business Directory
✅ NEW - get your business listed and your information shared across social media.
Ad
The State of Osun House of Assembly has declared Monday to Wednesday as mourning period in honour of the first civilian governor of the State, Senator Isiaka Adeleke. 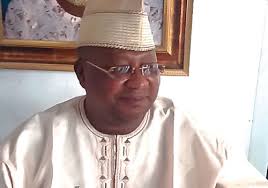 A statement by the Chairman House Committee on Information and Strategy, Olatunbosun Oyintiloye said, the flag would be flown half-staff in the Assembly during the period while all legislative activities would be suspended.

It said, the decision was aimed at giving respect to the late Senator. Adeleke who represented Osun West at the Nigeria Senate died on Sunday
R