According to PREMIUM TIMES, Essuene, had gone to Essien Udim Local Government Area to consult with local party leaders over her gubernatorial ambition on October 15 when suspected thugs numbering over 50 invaded the venue of the meeting and started shooting sporadically and brandishing dangerous weapons. Some of the thugs upturned tables and chairs, while others descended on Esuene and dispossessed her of her handbags and mobile telephone sets.

Members of her campaign team who tried to defend her were beaten blue black.

The local government chapter chairman of the PDP, Friday Udoh, was also beaten up and later suspended for daring to receive the visiting aspirant and her team against the orders of Governor Akpabio. 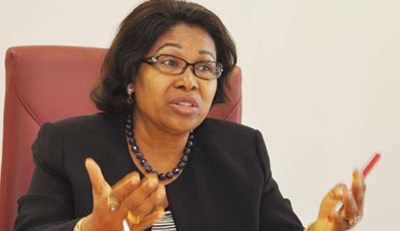 Politics Akpabio: God will soon expose those who rigged me out of senate – TheCable