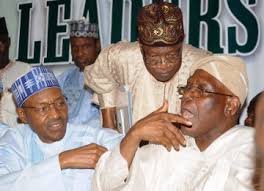 The leadership of the All Progressives Congress according to #Punch on Friday held a secret meeting in Abuja to strategise on how to stop the alleged plot to impeach the Nasarawa State Governor, Tanko Al-Makura.

A source reportedly said the APC leadership stressed the need to build a robust support for the embattled governor.

“The meeting did not last very long. It was a secret meeting. Its major purpose was to build robust support for Al-Makura, who is being hounded for no just cause.

“It was agreed that we bring together a team of lawyers to help explore our legal options to stop the planned impeachment.”