PUNCH reported that the Osun governor made the declaration on Thursday while delivering a lecture at the Obafemi Awolowo Awolowo University, Ile Ife.

Aregbesola said, "Jihad should not be turned into a license to unleash terror on people, Muslims and Christians alike and as well as to destabilise the nation.

"Contrary to the claims by groups such as the Boko Haram sect, Jihad is neither a call to arms nor an ideological blueprint for destructive insurgency. Jihad in Islam is at its core about establishing a personal relationship with Allah. The meaning of Jihad in Islam is a total submission to the will and obedience to the laws of Allah.

"Submitting to Allah’s will is an act of conscious choice granted to mankind by God; obeying His laws is a demonstration and vindication of that submission.

"The abused notion of Jihad often used as justification for satanic atrocities of insurgent groups, such as the Boko Haram sect, is a gross misapplication of the concept. Jihad is far from being an open cheque for senseless violence, neither is it a Qur’anic endorsement of the pursuit of selfish political desires.

"The concept of Jihad in Islam simply means ‘struggle’ or ‘striving.’ It has two broad dimensions – external and internal striving", Aregbesola said. 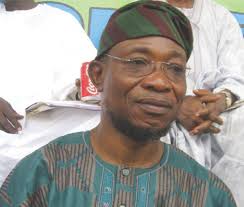