The club on Wednesday,was rocked with news that the German star could be sidelined for up to three months.

However the club said that it is "too early to say" to determine how long Ozil will be out of the team.

The Germany midfielder was on Tuesday sent to Munich for a MRI scan on his knee upon arrival on international duty,and results showed damage to the joint of the left knee.

A statement on the German Football Association website read: "The MRI examination revealed a partial rupture of the outer band of the left knee joint.

"The treatment is... six weeks of immobilisation of the knee joint. Mesut Ozil is likely to be [out for] 10 to 12 weeks." 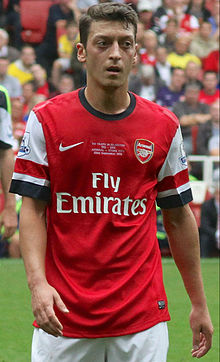 E
Sports I’m not going to take the knee or wear Black Lives Matter on the back of my shirt, it's degrading' - Footballer, Wilfried Zaha says - Linda Ikejis blo