Sports Atletico Through to Champions League Final After Draw With Bayern 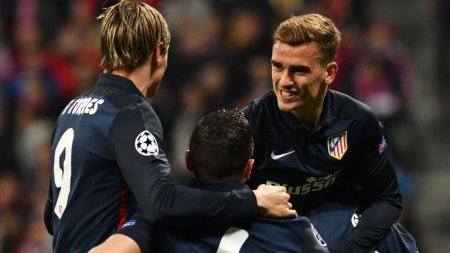 In a thrilling affair which saw two missed penalties, Xabi Alonso handed Bayern the lead on the night after 31 minutes with a deflected free-kick from just outside the area.

Jan Oblak denied Thomas Muller from the penalty spot just moments later, and Atletico were back level at 2-1 up on aggregate just after the break through Antoine Griezmann's neat finish having been one-on-one with Manuel Neuer.

Atletico held on, and will play either Manchester City or Real Madrid in the final in Milan on May 28 as they look for their first-ever success in Europe's elite competition