NATIONAL Chairman of the All Progressives Congress, APC, Comrade Adams Oshiomhole, aka Oshio Baba, and Minister of Transportation, Rt. Hon Chibuike Amaechi, are entangled in a strategic struggle over who commands the party in the South-South geo-political zone.

Both party titans made their marks as former governors of Edo and Rivers States respectively, but Amaechi, who is also the Director General of the President Muhammadu Buhari Campaign Organization, was practically in charge of the affairs in states of the zone until Oshiomhole emerged as national chairman. 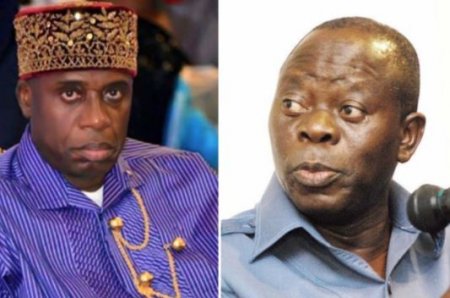