The Independent National Electoral Commission (INEC) had cancelled the results of Southern Ijaw Local Government Area following violence during the December 5, 2015 governorship election and scheduled a supplementary election for January 9. 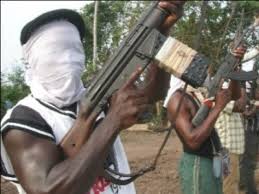 In the election, Governor Seriake Dickson of the Peoples Democratic Party (PDP) won six local government areas, while Chief Timipre Sylva of the All Progressives Congress (APC) won only one local council.

Residents of the riverine community scampered for safety, as the militants shot to scare people.
Following the shooting, naval personnel have been deployed in the community to maintain security, ahead of the supplementary election on Saturday.
You must log in or register to reply here.