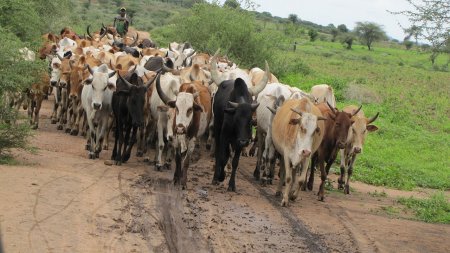 Following the spate of recent herdsmen brutal attacks of local communities in Benue state, citizens of Idoma land, have threatened to carry arms and defend themselves against Fulani herdsmen if federal government fails to intervene.

The citizens under the aegis of One Idoma Initiative, warned that if nothing is done by the federal government to address the situation, the people might be forced to defend themselves.

The Leader of the group, Paul Edeh, who stated this at the Agatu Peace Concert organised in Abuja, said that the herdsmen were still occupying about four villages in Agatu land.

Edeh called on Government to intervene in the situation, while berating Benue Governor Samuel Ortom for his perceived lack of concern at the large extent of killings in the state.

Edeh has since warned the Federal Government over its lack of action, claiming that should the scourge of Fulani herdsmen continue, people might take the law into their own hands in a bid to defend themselves.

Source: Benuenews.com.ng
You must log in or register to reply here.