Sir Celestine Omehia, former governor of Rivers state told The Sun during an interview session that he believes all North-East governors should be sacked.

The former governor who was quoted saying, "First, I see it (Boko Haram) as political. And I see it also as a sign of weakness on the part of the governors of those states. They are weak. They are not supposed to be governors. I see it as a way of trying to paint the Federal Government with charcoal, but it has now boomeranged", spoke on the Chibok abduction and his role in ending militancy in the Niger-Delta.

On the Chibok abduction he said,"My view is that in the first instance, Chibok issue shouldn’t have happened. It shouldn’t have happened because I believe that the North East governors are not on ground. It is my firm belief that the Federal Government ought to have come in if the state governments were tired of handling the matter.

"I give you a simple example: when I was governor of Rivers State, I met a bad situation on ground. The situation was that the cultists in the state had taken over Rivers State, everywhere, basically the Port Harcourt metropolis. And I didn’t leave it lying down. I didn’t leave it for the Federal Government. I took action before I invited the Federal Government. What did I do? I declared war against the cultists and decided that infringement on the rights of the citizens should come to an end. Then, I came back to the Federal Government and the late President Yar’Adua authorized the Inspector General of Police to give us police support and at the same time, authorized the Army to come to our aid.

"So, I funded the security aspect of it. I gave the soldiers all the financial assistance they needed, I gave the police all the financial assistance they needed and they came up with their drawings in security meeting – their plans of action and all they needed to do to quell the crisis. And we achieved that. Whatever the soldiers wanted, we funded it. And besides the military and the police, we also formed what they called the Peace and Reconciliation Committee where we involved the citizens of Rivers State, who also by themselves, realised that there was need for them to play a role to restore peace to Rivers State. And all these things happened without the declaration of amnesty. And when these forces came in, all the cultists left Rivers State.

"I remember my colleague in Imo State, Ikedi Ohakim, calling me that your people are all in Imo State hotel, Concord Hotel, that I should come and take them back. I said who and he said the cultists, that they have left Rivers State. I said take them, I dash you. That was the extent it went. I can tell you that two of them wrote letters of apology to the state government. 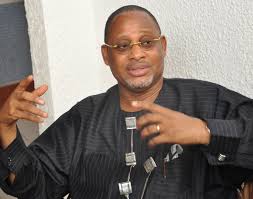