Shettima made the statement at the launching of the new 64 page e-passport in Maiduguri.

He said that the recent victory by the military in different encounters with the insurgents had brought back hope of ending the crisis soon.

"The military has brought back hope to the minds of the people with its renewed efforts in fighting the insurgents. With the recent victory, I belief that peace will soon be the restored and normalcy will return,’’ he said.

The Governor also commended the Federal Government for introducing the new passport, saying its introduction had placed the country among the best countries of the world.

"I think the Nigeria Immigration Service (NIS) deserve kudos for introducing the passport. This has made us proud as Nigerians, because the passport conformed to the best practices in the world,'' Shettima said. 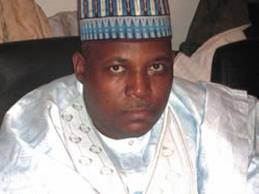