PREMIUM TIMES confirmed from EFCC spokesperson, Tony Orilade, that Mr Ambode is under a corruption probe, a few months after he left office.

The residence of Mr Ambode in his hometown of Epe was being searched as of 9:35 a.m. when Mr Orilade confirmed the development 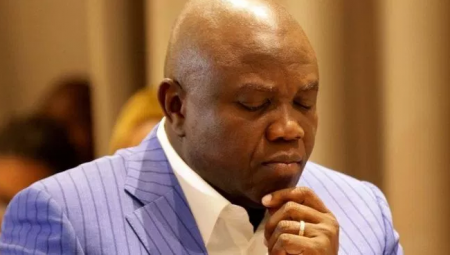