For Sale - One Bedroom Executive Flat - Lagos (NGN37m)
✅ NEW - car park, swimming pool, 24 hours light/security and more.
Ad
President Muhammadu Buhari has outlawed the use of large convoys and retinue of aides by the ministers-designate.

This revelation was made by a minister-designate, Dr. Chris Ngige, who briefed State House correspondents at the end of a two-day retreat held for the 36 ministers-designate at the Presidential Villa on Friday. 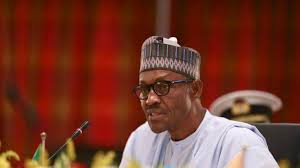 According to him, the order was in line with the nation's economic reality. Asked whether Buhari told them anything about the economy, Ngige said: "Yes, lean economy because we are going to block areas of leakages, retinue of aides, protocol staff, large convoys of cars are things that will not fly in this administration”.

He said: "It equips us, gets us ready, charges us to action and we pray."

P
Politics [LIST] 11 Dos and Don'ts For All Ministers - Buhari

Nov 5, 2015
ProfRem
P
L
Politics Buhari Lectures Ministers on What He Expects From Them

May 26, 2016
abujagirl
A
A
Politics Dele Momodu Impressed With Buhari After 15 Minute Meeting