Metro Buhari Has No Plan To Ban Wearing of Hijab - Presidency

The Presidency has dismissed the insinuations that the Federal Government had banned the use of Hijab, the Muslim women’s dressing symbol of modesty.

This is contained in a statement issued in Abuja by the Senior Special Assistant on Media and Publicity to the President, Malam Garba Shehu. 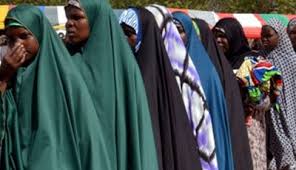 Giving a clarification on the pronouncement of the President on the issue during last Wednesday’s Presidential Media Chat, Shehu said that the speculations were unfounded.

He said that the Buhari-led Federal Government would always respect the rights of Muslims to protect their modesty and allow religious freedom.
Shehu said that the Hijab was being abused by terrorists to carry out suicide attacks on innocent people, which violated the teachings of Islam.

He, however, said that Buhari would not take any decision on the issue without due consultation with all the stakeholders.