FREE Nigerian Business Directory
✅ NEW - get your business listed and your information shared across social media.
Ad
The Minister of Communications, Mr. Adebayo Shittu, has expressed confidence that he would succeed Governor Abiola Ajimobi as Governor of Oyo State in 2019.

News Agency of Nigeria reports that Shittu made the declaration when he spoke with newsmen in Ibadan after a meeting with members of the All Progressives Congress from Egbeda Local Government and Ajorosun Local Council Development Area of the state.

The minister, who is a governorship aspirant, said he would take over from Ajimobi to improve on the good work already started.

According to him, he is the most experienced of all the aspirants, having held several public offices and learnt politics from late Chief Obafemi Awolowo. 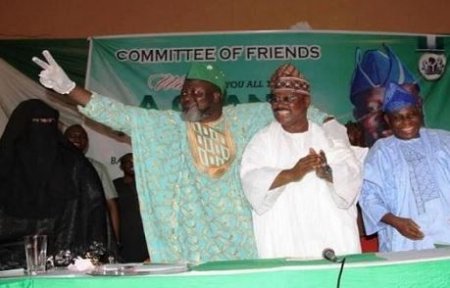 “I was a member of the State House of Assembly in 1979 and two-time commissioner in the state. I have also contested the governorship seat in the state twice before I became a minister.

“These are experiences you cannot buy. Oyo is advanced and sophisticated to be handled by inexperienced administrators,’’ he said.

Shittu dismissed the ongoing re-alignment in the Peoples Democratic Party, saying the party was “a non-starter” at the state and federal level.
You must log in or register to reply here.

Politics What Gov. Ajimobi Did To APC In Oyo – Buhari’s Minister – Naijaloaded