FREE Nigerian Business Directory
✅ NEW - get your business listed and your information shared across social media.
Ad
Head of the Catholic churhc, Pope Francis suffered an automobile accident during a Sunday procession through the Colombian city of Cartegana on Sunday.

The 80-year-old collided with the glass frame of the vehicle when the brake was sharply applied and sustained bruise on his cheek and eye area. He was quickly treated with ice with the cut bandaged up.

Despite the mishap, Pope Francis still kept his smiling face and continued greeting the congregation.

Vatican spokesman Greg Burke told journalists: "The pope is alright. Ice was put on it and he was treated. He will continue the schedule for his visit with no changes."

The incident occurred on the last day of the pope's four-city Colombian tour.

Ricardo Morales, a lawyer who lined up outside St. Peter Claver's church for a glimpse of the pope, said: "This holy blood is staying in Colombia," adding that "He made a great effort to be here and from now on it's our obligation to make a similar effort to thank him for everything he has done." 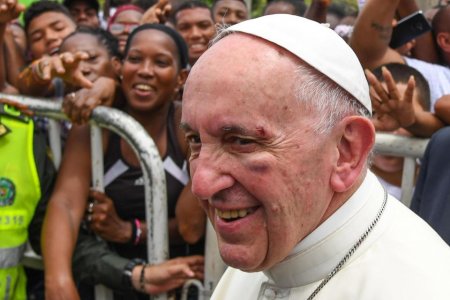 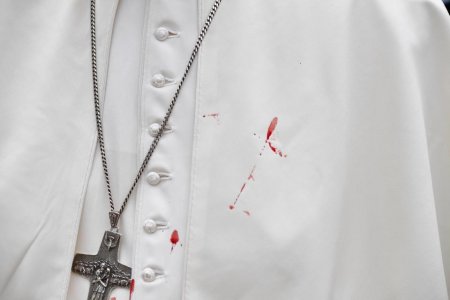 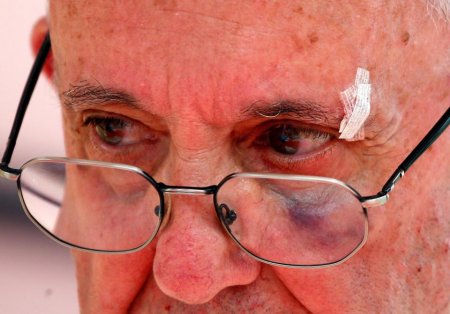