The protesters, who displayed placards with various inscriptions such as “BEDC must go,” “Sapele needs Line 33 too,” “No light, no payment of bills,” and “Disconnect all the leaders from line 33,” gave the BEDC a seven-day ultimatum to restore power to the community. 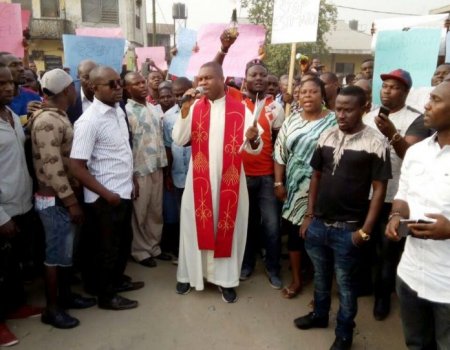 They marched through major streets in the town before storming BEDC office in the town and threatened fresh protest if their complaints were not attended to in the next one week.

Ekibo, who spoke during the protest, said Sapele indigenes were tired of living in darkness.

The priest, who went with his electricity bills, told BEDC officials that Sapele had lived for a long time with the painful reality of three-hour electricity supply a day, and sometimes no power supply at all.