Chinese drugmaker with military ties, Sihuan Pharmaceutical Holdings Group Ltd, has sent an experimental Ebola drug to Africa for use by Chinese aid workers and is planning clinical trials there to combat the disease, executives at the firm said according to Reuters.

“Aid workers have already taken the drug with them, and if a case breaks out (amongst the aid workers), then the drug may be used,” added Huo Caixia, Sihuan’s assistant general manager.

Sihuan, part-owned by U.S. investment bank Morgan Stanley , is hoping to get the drug fast-tracked for civilian use in China. It has signed an agreement with the Academy of Military Medical Sciences (AMMS), a research unit, to seek approval for the drug’s use in China and push it to market.

If it proves to be an effective cure it would be a big prize for China’s medical sector and a boost to China’s soft power in Africa, an increasingly important partner for the world’s second-biggest economy. 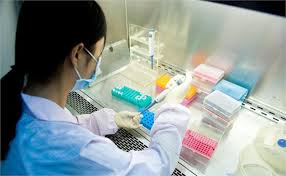