In a suit filed by their lawyer, Chief Thompson Okpoko (SAN), at the Appeal Court in Benin, the Edo State capital, APC and Emerhor raised 11 grounds of appeal.

They prayed the appellate court to set aside the decision of the tribunal. 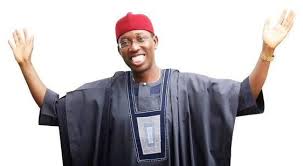 The appeal sought to prove that the tribunal committed legal errors in its verdict, when it discarded their petitions and awarded victory to the PDP and Okowa.

The appellants averred that the tribunal overlooked the alleged infractions committed by the Independent National Electoral Commission (INEC) in the election.

The appellants, among other grounds, averred “…that the learned justices erred in law in resolving against the appellants that the petition was incompetent on the grounds of non-compliance with the procedural rule in Paragraph 4 (3)(b) of the First Schedule to the Electoral Act, 2010 (as amended).