According to Aljazeera, Rousseff defeated her opposition rival Aecio Neves with a narrow margin in an election that largely split the country between the poor north and wealthier south.

Neves has since conceded defeat and called in to congratulate Rousseff. 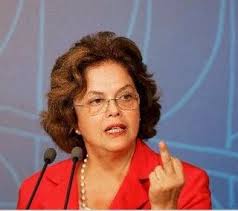 Dec 10, 2017
ProfRem
P
J
A Letter To Mr President Having Been Declared Winner Of The February 23 Presidential Election by INEC - Franklin B. Onoben