Curators
FREE Nigerian Business Directory
✅ NEW - get your business listed and your information shared across social media.
Ad
Human rights lawyer, Mr. Femi Falana (SAN), has asked Governor Akinwunmi Ambode of Lagos State to commute the death penalty passed on death row inmates in the state to life imprisonment instead of executing them. 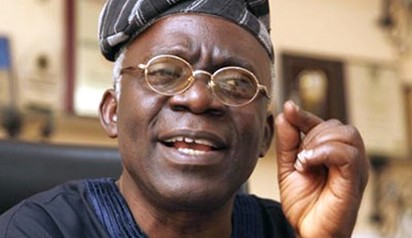 Those on death row upon the judgment of the court of Lagos State included the General-Overseer of the Christian Praying Assembly, Chukwuemeka Ezeugo, a.k.a Rev. King.

Falana argued in his letter dated April 19, 2017, and addressed to Governor Ambode that the planned execution of death row inmates in the state would violate a subsisting judgment delivered in 2012 by the High Court of Lagos State which ruled that it was illegal and unconstitutional to execute the condemned inmates.

Falana stated, “On the basis of the valid and subsisting judgment of the Lagos High Court on the illegality of the execution of the death penalty in Lagos State we urge Your Excellency not to sign a death warrant authorising the killing of any condemned prisoner either by hanging, firing squad or any other means whatsoever.

“In the circumstance, Your Excellency may wish to commute the death sentences of all condemned prisoners in Lagos State to life imprisonment forthwith.”

Falana stated, “Although many persons have been convicted for armed robbery and murder and sentenced to death by the Lagos State High Court since 1999 your predecessors did not sign death warrants for the execution of any person on death row.

“Accordingly, all the convicts on death row have had the death sentences imposed on them commuted to life imprisonment.’’
N

Even this self acclaimed "jesus" was saving others; probably he will surely save himself