For Sale - One Bedroom Executive Flat - Lagos (NGN37m)
✅ NEW - car park, swimming pool, 24 hours light/security and more.
Ad
The Ebola outbreak could have a catastrophic impact on the economies of Guinea, Liberia and Sierra Leone, the World Bank says.

The organisation says the economic impact of the virus could "grow eight-fold" in the "already fragile states".

However, it says the cost can be limited if the epidemic - and the accompanying fear - is contained by a fast global response.

Ebola has killed 2,461 people in West Africa - the largest ever outbreak.

US President Barack Obama has called the latest outbreak "a threat to global security", and announced a larger US role in fighting the virus. The measures announced included ordering 3,000 US troops to the region and building new healthcare facilities. 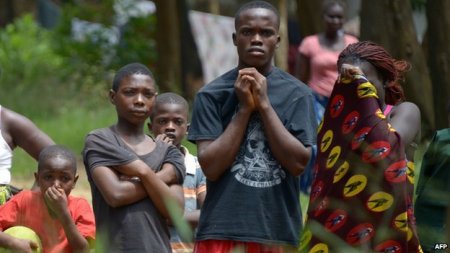