A desperate doctor in rural Liberia who resorted to treating his Ebola patients with a HIV drug claims the mortality rate at his clinic has dropped to just seven per cent.

Dr Gobee Logan said he began treating patients at a clinic in Tubmanburg with the drug lamivudine in a bid to save his their lives, CNN says.

Mr Logan says he has treated 15 Ebola victims with the drug so far – and 13 have survived, producing a mortality rate of seven per cent, which is low considering the 70 per cent mortality rate associated with the current outbreak.

Elizabeth Kundu, one of the 15 patients to receive lamivudine, says she is “feeling fine” after taking the medicine and will be discharged soon. The 23-year-old said: "They gave me medicine, and I'm feeling fine. We take it, and we can eat – we're feeling fine in our bodies."

In a situation as dire as the Ebola outbreak, Logan said he has to use “every brain cell possible” to try and save people’s lives.

"Ebola is a brainchild of HIV," he said. "It's a destructive strain of HIV." 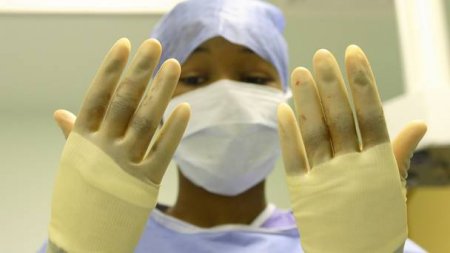