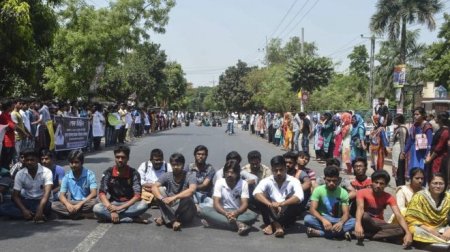 Another person was also killed and one person injured when attackers entered an apartment.

The gay rights activist was an editor at LGBT magazine Roopbaan and also worked at the US development agency USAID, friends said.

The killing comes two days after a university teacher was hacked to death by suspected Islamist militants.

P
World Bangladesh Professor Hacked to Death Near His Home